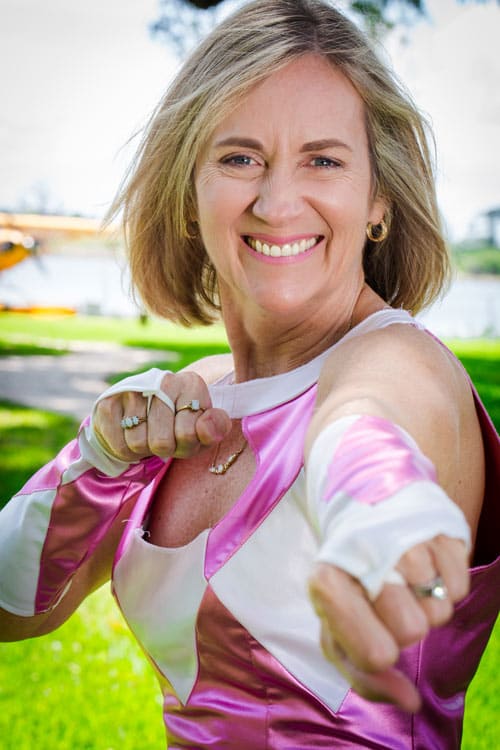 When Lisa told her parents that she was going after a BS Degree in Leisure Services (a fancy term for Recreation), they were horrified. “Are you going to weave baskets for a living?” they asked. Many, many years later (she’s not saying how many), she’s one of very few people she knows that is still doing what they went to college for – and loving it!

She’s married to Gary, who also worked in recreation right out of college (it was kismet). Lisa and Gary were at Florida State University together (go Noles!), but didn’t know each other at the time, despite evidence from pictures that Gary used to hang out in the bar Lisa worked in!

Lisa is our resident health nut. She’s a blast to go to restaurants with, so long as they have a gluten-free, dairy-free, no beef, low-sugar option (one bowl of ice coming up)! She’s also a self-confessed workout-aholic. While most people like to relax on vacation, she can be found traversing mountains for 8 hours a day and has a bucket list of places she’d like to see while wearing her hiking boots.  And, when she’s not outdoors, she’s indoors listening to The Beatles (one of her go-to accessories is a Beatles record album purse).

What she enjoys most about working at Wildly Different is that she never knows what the day will hold until her phone rings. She loves coming up with new ideas, creating proposals with crazy plays on words and traveling to new destinations.