There’s a perception that some who are book smart are not street smart, but your group will get to show off both sets of skills in this charity team building event that is one part treasure hunt/one part scavenger hunt. Teams explore the event area as they complete tasks for points and collect books that will be donated to a local literacy charity.

Teams explore an event area or gameboard using an app on their own devices to “unlock” a variety of fun challenges themed to philanthropy and a sense of community. When they’ve successfully completed enough tasks, they also unlock donations that will help a charity or local non-profit of your choosing.

Teams utilize a game app that uses GPS technology, image recognition and augmented reality to complete a wide range of multimedia challenges to earn “impacts.” Each “impact” earned translates into a donation towards a global project of their choosing, making a world of change to those in need. 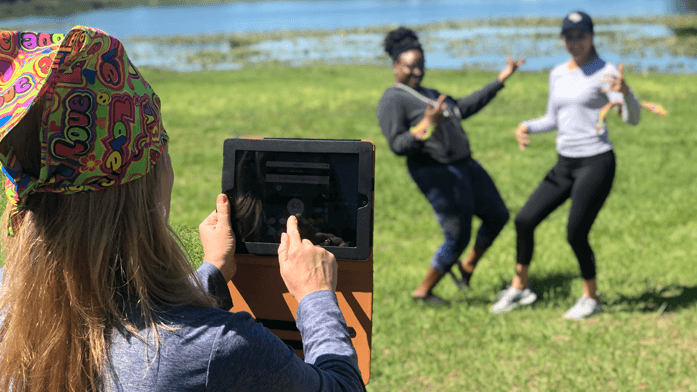 Guests participate in a fun and educational team experience that has them using a game app to complete tasks that will both challenge and educate them about the environment and sustainability. Based on which trivia, puzzles, photo and video tasks they complete, they’ll learn which approved charities/NGOs, carefully selected from 34 different countries, will receive money to work on their sustainable development goals.

Teams display their “can-do” attitude by using canned food to either create a sculpture or a carnival game. The team with the most creative sculpture or carnival game will win and everyone will get to play their game. After the event, all canned goods are donated to a charity or local food bank!

This charitable event is anything but par for the course. Teams build mini golf holes out of canned goods and a putting green. After playing a round of 9, teams vote on their favorite golf hole and all canned food and are donated to a local charity after the winners are announced!

Race To Feed The Hungry

In this event, teams race to assemble and decorate folding grocery carts. They’ll also play games such as Food Factor Fiction, identifying what the Tasty Tunes played are, and racing to be the first to get a string of food-related emojis texted to the emcee on stage! The better they do, the more non-perishable food items they’ll earn to fill their cart. All are donated at the end to stock the shelves of a community charity that provides for food-insecure families.

Teams assemble and decorate wagons for kids in need to play with. Next, they compete in challenges reminiscent of favorite childhood games to win points for their team and toys to place in their wagon. Their points also give them supplies to decorate their wagon as they vote for who has the most creative wagon!

Teams will transform plain, eco-friendly canvas bags into reusable snack sacks any child would be excited to keep even when the food is gone! After the sacks have been decorated, teams fill them with snack items like cereal, macaroni and cheese, crackers, pretzels, granola bars and fruit snacks.

Teams work together to turn black and white pre-designed canvases into colorful, cheerful works of art. These canvases are donated through The Foundation for Hospital Art to a hospital, clinic, nursing home, or shelter. 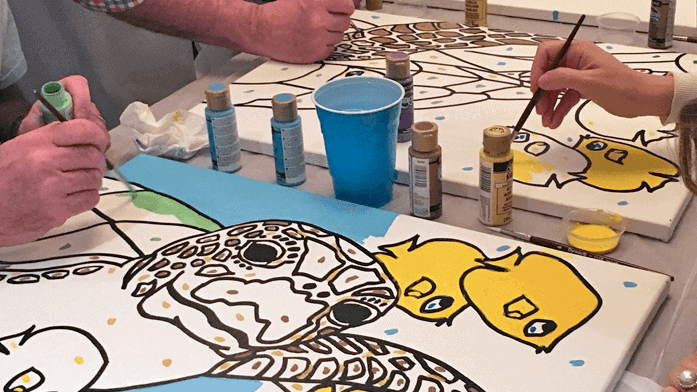 Battle for the Troops

This competitive, fast-paced event puts the spotlight on the military in a series of fun tasks, such as Oh Say Can You Sing where teams must identify the patriotic songs being sung by other teammates, Military Movie Match, and a Red, White or Blue guessing game. The points add up to dollars that are donated to benefit a military non-profit such as the USO.

Battle For The Troops 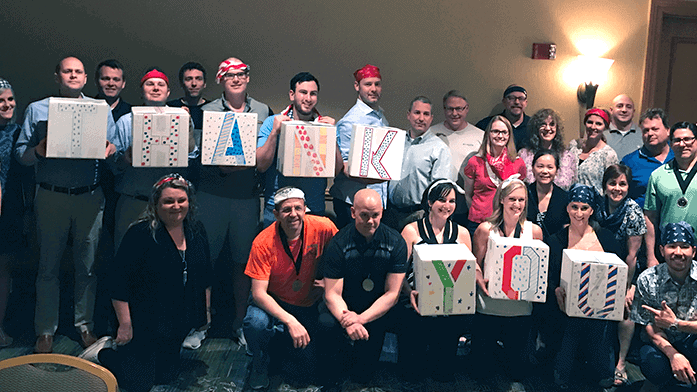 Give Back Game Show

Attendees work together with their teams to win rounds of games themed towards the charity. At the end of each round, the winning team chooses a box from the stage. Each box represents items that will be donated to a local non-profit after the event. The value of the items in the chosen box determines the points given to the team. At the end of the event the team with the most points wins and so does the charity, which gained exposure for their cause and all of the donation items! 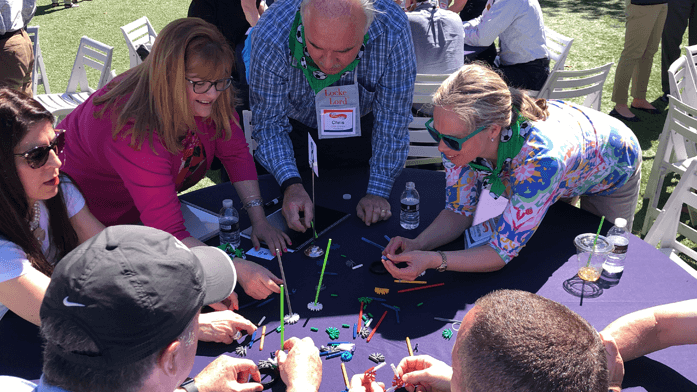 This care packages event is a fun twist on the traditional. Teams stuff drawstring backpacks with non-perishable food items for children in need. And, in order to earn the food items, teams must compete in a series of games that are sure to bring back fun memories of their own childhood! 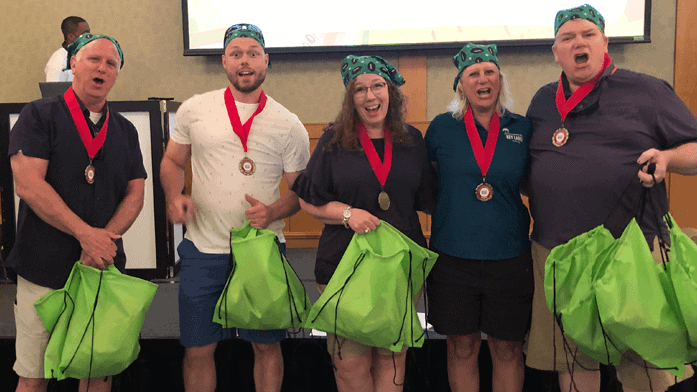 Teams compete in a series of pet-themed games to earn a donation for a local pet shelter. How well will your team fare in the Shake Your Tail Feathers contest, Cat’s Meow musical challenge, or Animal Attraction game? Only one team will win but all will have a doggone good time at this event that provides a local shelter with the ability to help animals having a “ruff” time! 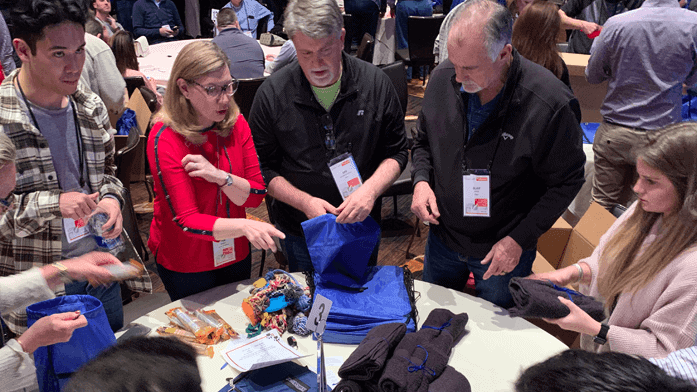 Teams test much-needed, brand-new sports equipment in a series of relays before handing it over to a charity that desperately needs it. Kids from the charity can even be on hand to help their team win the day. 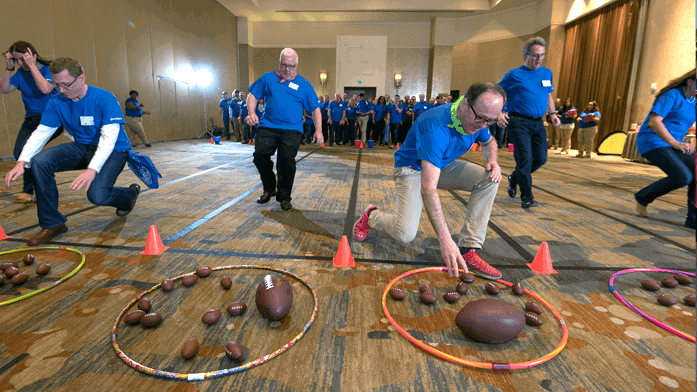 Teams participate in challenges such as literature-based trivia, a spelling bee, and “Book Bingo” to win books donated to a local charity to encourage success through literacy. The team collecting the most books wins! 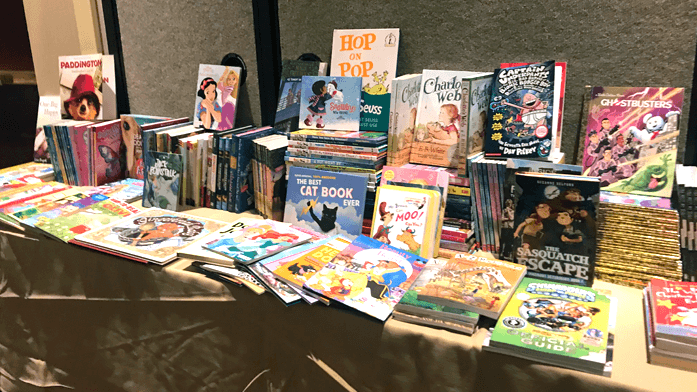 Guests compete with one another as they participate in music-themed challenges. And, the part that really rocks? After experiencing the feel-good factor that music brings, they’ll learn that they’ll be making a donation to an organization that uses music to help others, such as a music therapy department or local schools to purchase musical instruments.

This event will make your attendees feel like a kid again as they compete in challenges that ultimately helps kids in need! Teams rotate through a series of hands-on games like Pony Hop Races, Block Stacking, Crayon Ring Toss and more that center around the toys being donated to the local non-profit. The team with the most points at the end also goes home with a prize–no do-overs!

If your group has a cause that’s near and dear to them, then this event, which builds on the popularity of Escape rooms, is ideal. That’s because it finds teams racing to solve clues and be the first to open, not only their hearts to the charity, but a locked chest containing a donation for them! 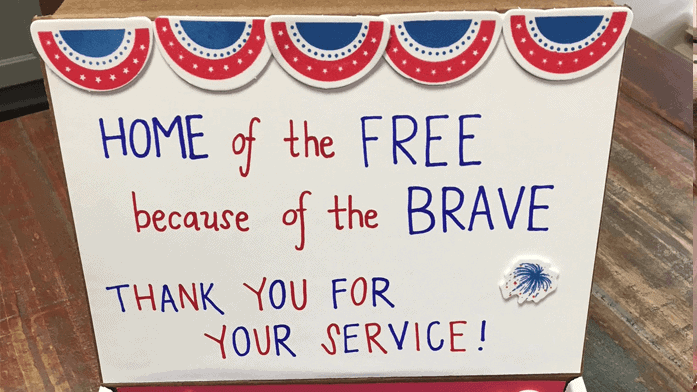 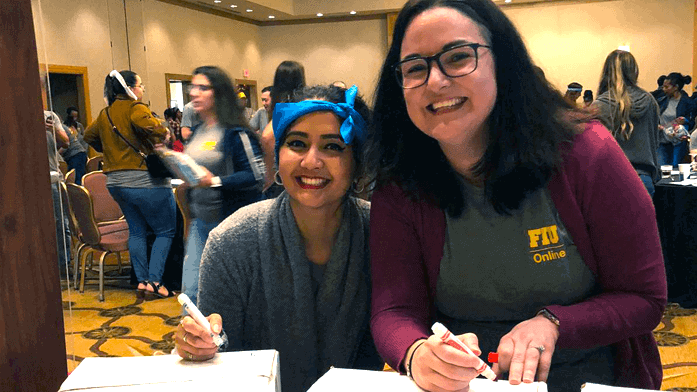 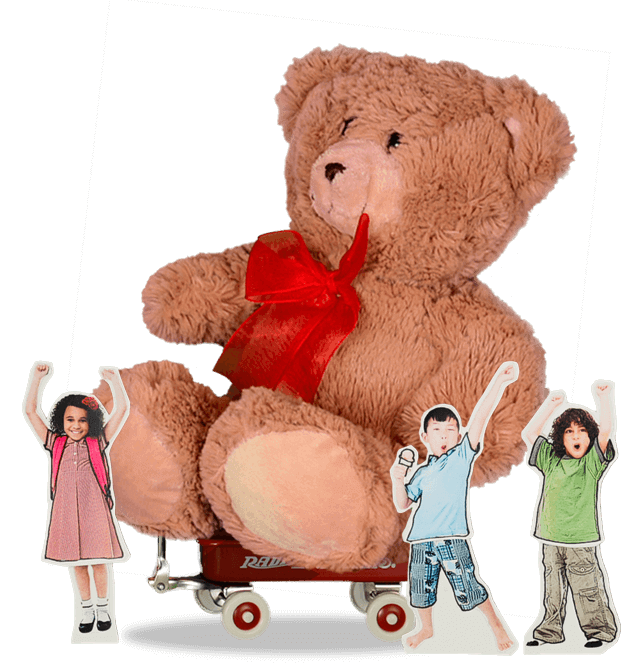 The goal was to rally a team of 75 people to help build furniture, stuff teddy bears, assemble and deliver care packages full of necessities to give to local families in need.

Working with the local community’s family services department, the team went to work assembling desks, dressers, tables and chairs. For those who weren’t “mechanically inclined”, we had teddy bears they could stuff and care packages they could assemble with items the families needed. The team also played games to win items to donate to the families, such as drinking glasses, cutlery, gift cards, a bike, etc.

Ready to Plan Your CSR Event? Contact Us Today.
Scroll to top