For Any Meeting Venue!

You’re interested in having your group participate in an Escape Room team building event. But you can’t escape your limitations – perhaps you don’t have the ability to go off-site, or you have too large a group to fit in an Escape Room. Well, we’ve cracked the conundrum on how your group can still see if they have what it takes to escape without leaving the comfort of your meeting location!

Have your guests participate in a virtual Escape Room where they must crack three different codes to escape a series of screens on a team iPad before the time on the countdown clock runs out. With this event, teams have the ability to participate virtually and simultaneously, even if they are all in remote locations. (View additional virtual team builders.)

This event finds teams racing to be the first to unlock a chest on the main stage as a countdown clock counts down. What the chest contains is a mystery that your group must reveal! Who will be the one that’s smart enough to use the variety of props on their team table and around the room to solve the clues that allow them to unlock the chest? Only time will tell and that is limited… But, the first to do so will be richly rewarded!

What started as a lighthearted corporate retreat has turned dark. Your group is being held captive in the dungeon of a castle. Teams race to navigate the maze of rooms to be the first to make it to the roof where a helicopter awaits to evacuate one and only one team. Each room of the castle, depicted on a castle map set at each team’s table, corresponds with a specific challenge. It’s only by using communication and problem-solving skills that teams will be able to navigate the twists and turns along their escape route.

Want to reinforce your company’s culture or training? Ask us about customizing your escape experience! We can weave your company information into the escape clues to make it a completely personalized experience for your company.

If you have a venue, but not the space or money to create a traditional Escape room with elaborate props, we can create a custom tabletop Escape experience that will delight your guests and is easy for your own team to self-implement. We’ve done so for many in the industry including Celebrity Cruises, Norwegian Cruise Lines, Oceania Cruises, and Regent Seven Seas Cruises. 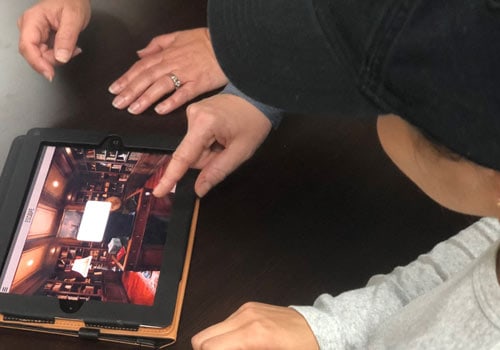 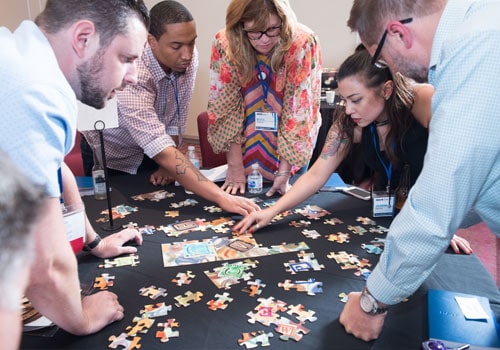 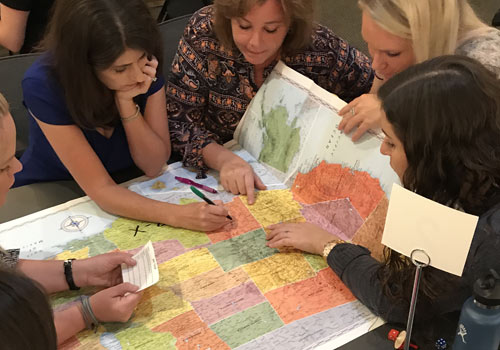 Need out of the box solutions or training for your company? Try our  team building consulting services. 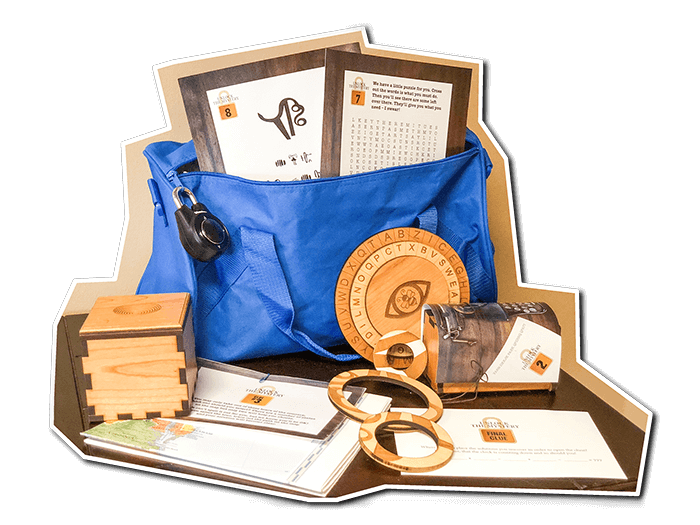 An apartment association was looking for a colorful twist on their usual golf tournament fundraiser. We had the bright idea to create a color non-run for those who always wanted to experience a color run, but without that whole sweaty running part.  This was a unique twist on our typical competitive team building games.

At the end of general session, the regional sales manager for each team picked up a backpack of clues and a map highlighting locations around the hotel where they could study displays that would help them solve the clues. The solution to each of these clues was a number. At a set time, all teams reported to a reception where a giant chest was on display. A final clue was read out and the first team to combine all of the clues they collected to decipher the code opened the chest to reveal prizes for their team.

Ready to Plan Your Competitive Team Event? Contact Us Today.
Scroll to top