Perfect For Your Group!

These events are the best options for groups of 30 or less people. No matter how small your group is, you’re a big deal to us and these experiences will get your group to live large:

“Whatever floats your boat” are good words to live by. But, in this team building activity, they are essential, as teams must build a boat capable of holding two of their teammates in a race against all other teams. The boat-building materials? Nothing more than cardboard and duct tape!

If you’re looking for an event that gets your attendees to know one another better, then this event is just the ticket! That’s because guests play a quick series of games to win raffle tickets. But more importantly, the games allow them to interact with one another and share information about themselves in a fun and engaging way.

Is it a bird? Is it a plane? No – it’s Kapow! The high-tech event that puts your team’s super hero qualities to the test in a flash as they use a phone or tablet to complete a series of super hero-themed challenges! As teams fly around exploring the event area they’ll answer questions, take photos, record videos and more to get their spirits soaring.

It is usually considered impolite to make a scene. But, during this team building activity, it’s actually encouraged as teams create their own must-see commercial or film for their company using an iPad with a custom Make a Scene event app to help them create their unique video. The activity ends with an awards ceremony where all films are viewed and prizes awarded to those the audience enjoyed best.

Not Your Average Pub Quiz

If you’ve ever been to a pub on trivia night or participated in a game show on a cruise ship, you know how much fun they are. The Not Your Average Pub Quiz builds on these concepts, taking them to the next level to entertain your guests.

This event, inspired by the television show The Amazing Race, pits teams against each other in a race around a fun event location such as a theme park or resort, entertainment and shopping district, or city center. Teams have a great time chasing down route locations and completing a variety of fun team tasks such as roadblocks, detours, and intersections!

Two Can Play That Game

Looking for fun, fast-paced competition that will leave your guests wanting to “play” more? If you’re looking for a great way for two teams to go head to head, then Two Can Play That Game is the perfect team building activity for you. This event is fashioned after Hollywood Game Night, but the stars of the show are your very own colleagues. After a series of challenges, find out which team’s stars will fall and which team will stand out in the spotlight! 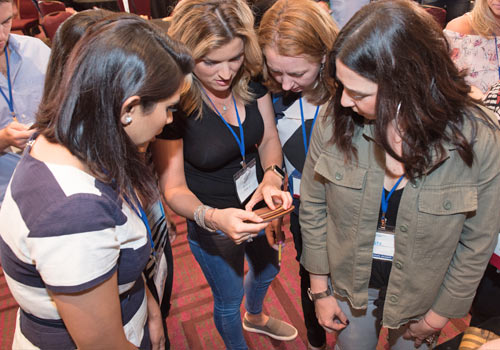 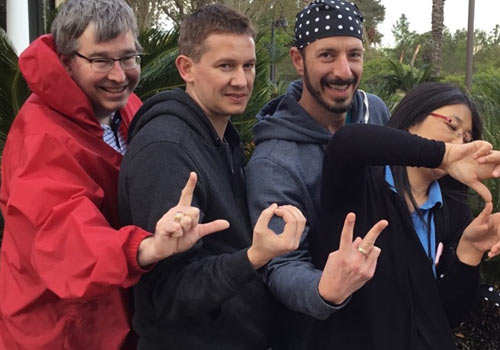 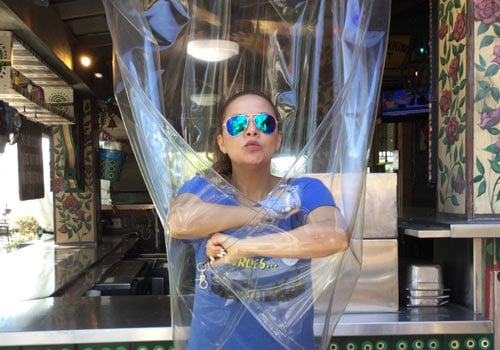 Two Can Play That Game – “The event went off without any snags, team was engaged and created a fun, exciting competitive environment. Definitely using Wildly Different at my next event!”

Float Your Boat – Thank you also for the Cardboard Boat Regatta!  We all had such a wonderful time and everyone still brings up the good time we had.  You made our day! 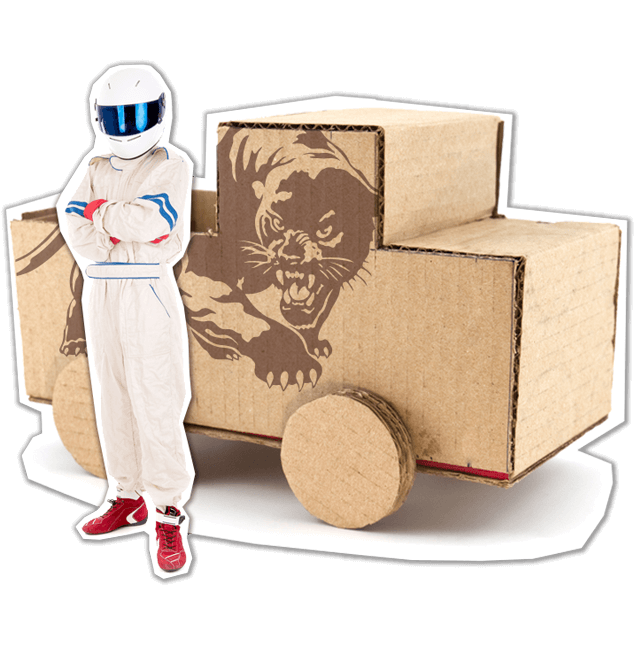 Our meeting planner was trying to come up with a team building event that her company president, a huge fan of Talladega Nights: The Ballad of Ricky Bobby, would be excited about for her small group of 15 directors staying at Reynolds Plantation.

How it worked.
It was “go time!” We created Reynolds Plantation Nights, which pitted 3 teams of 5 people against one another. Teams had to decorate and don racing jumpsuits, then create a racecar named and fashioned after one of their clients (not Wonder Bread). Teams’ imaginations ran as wild as Ricky Bobby’s cougar with the designs. But in the end, it was their hearts that were racing as they headed towards the finish line. Each car was driven by one person and propelled by two-man horsepower. It was more than just speed that counted – they also had to complete several pit stops with their other teammates along the way. When the checkered flag was waved the president was thrilled and the meeting planner was able to do a victory lap.